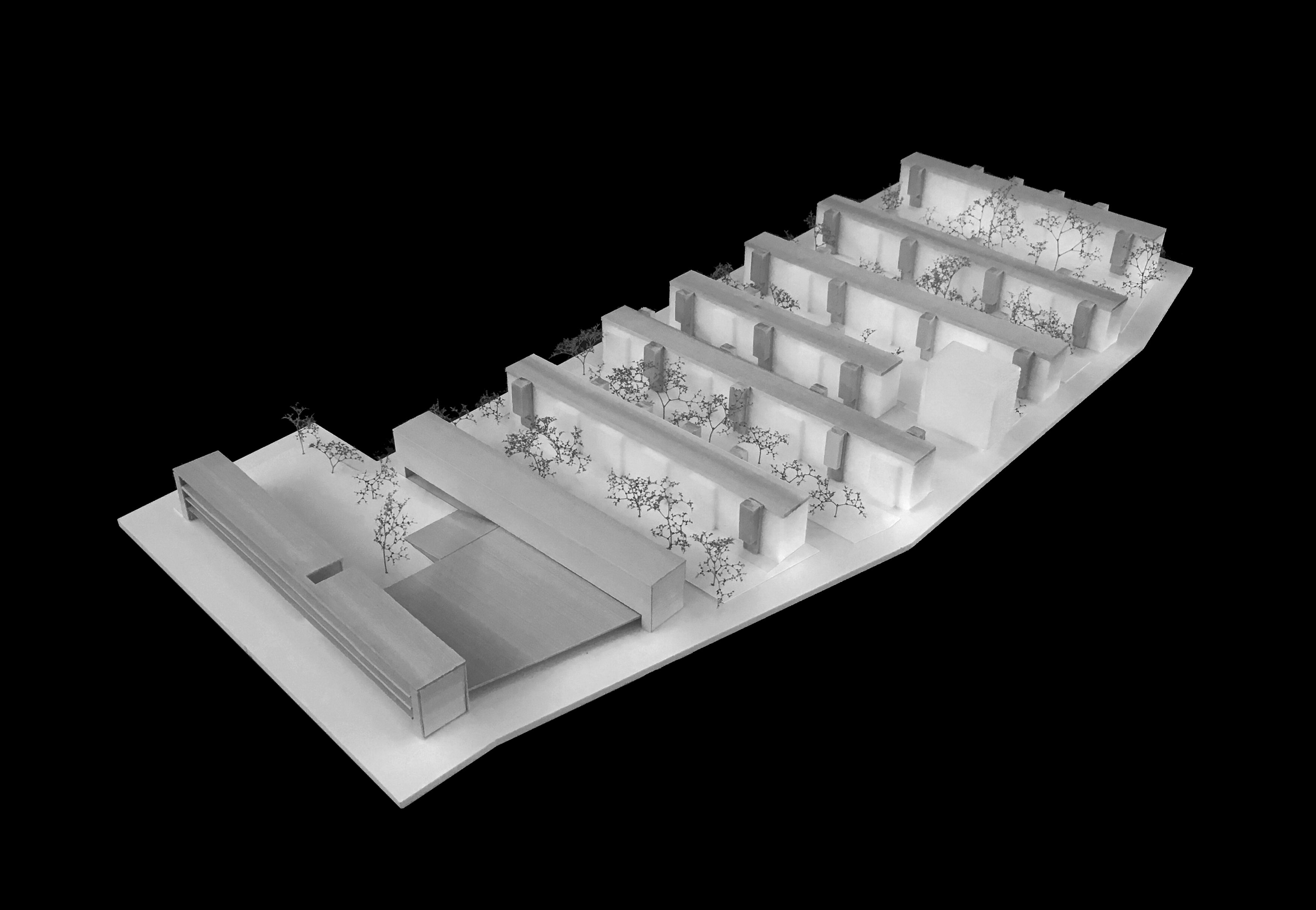 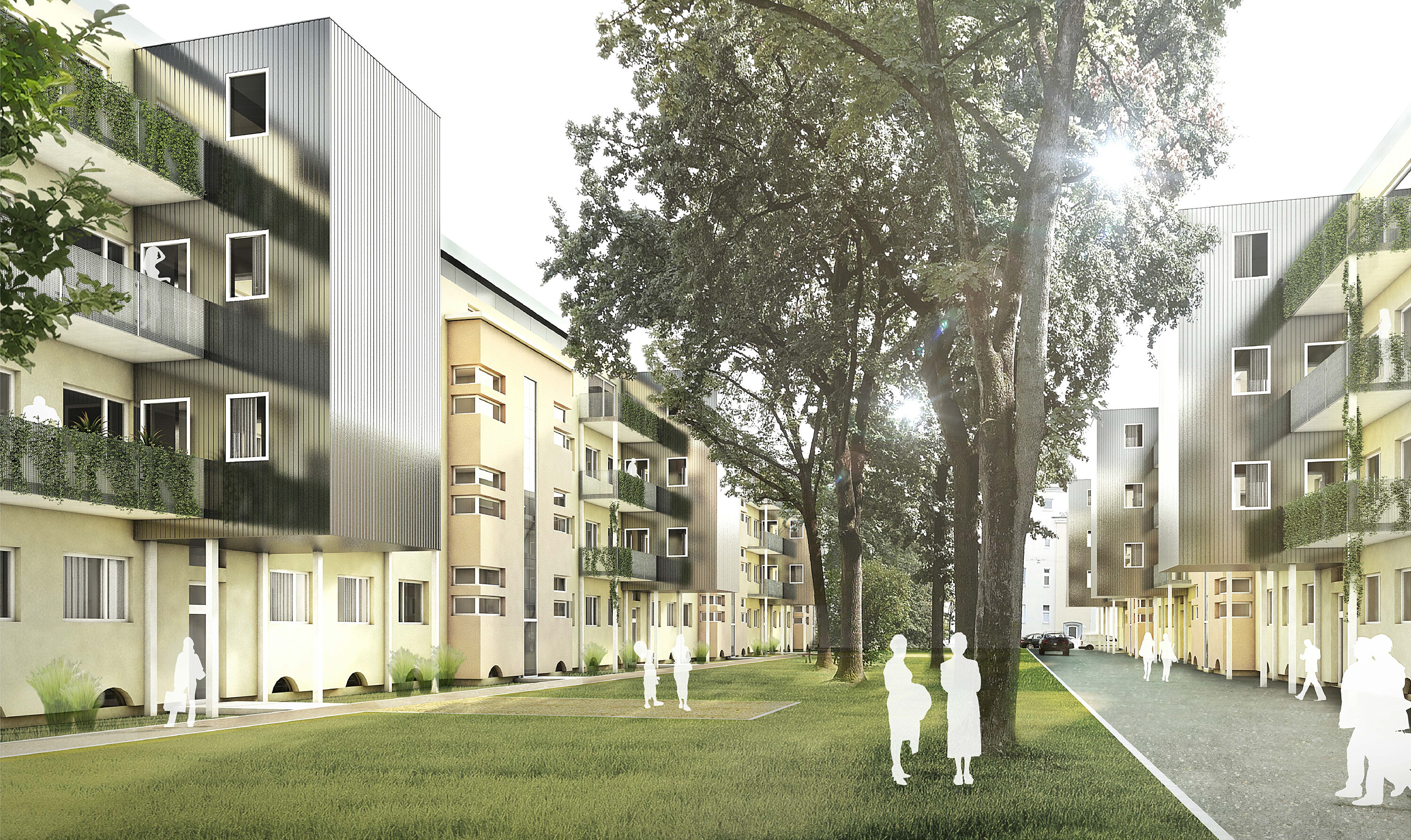 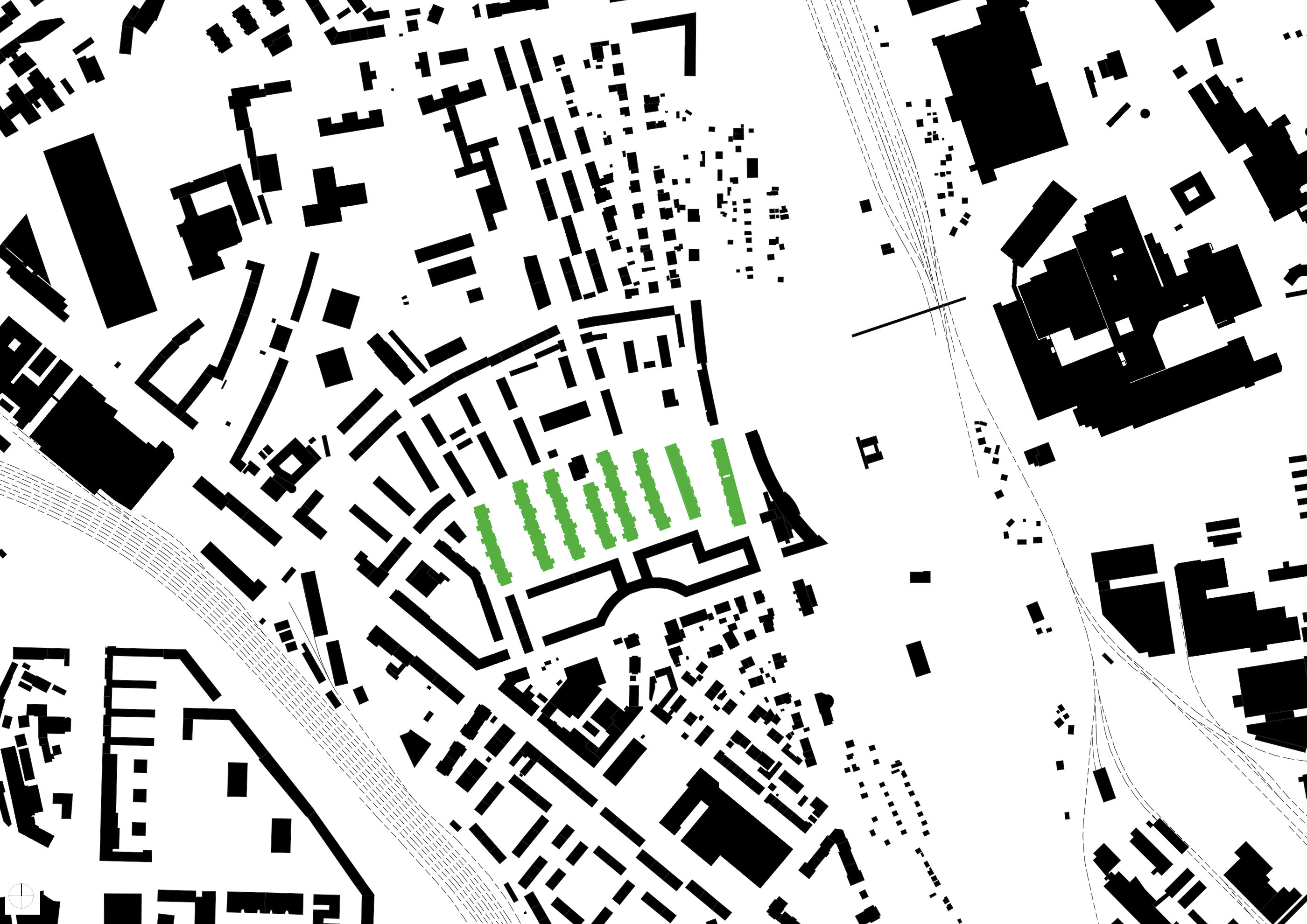 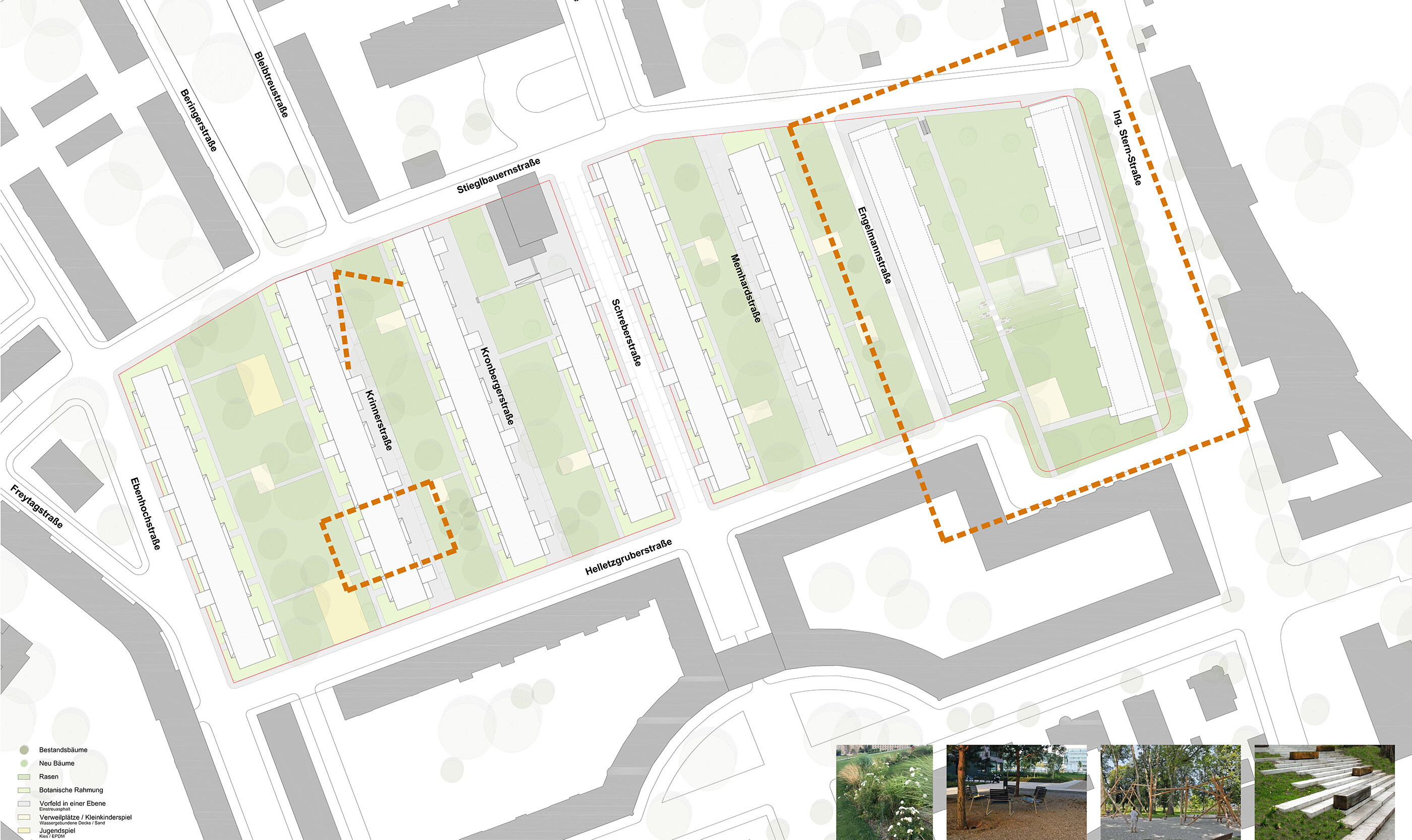 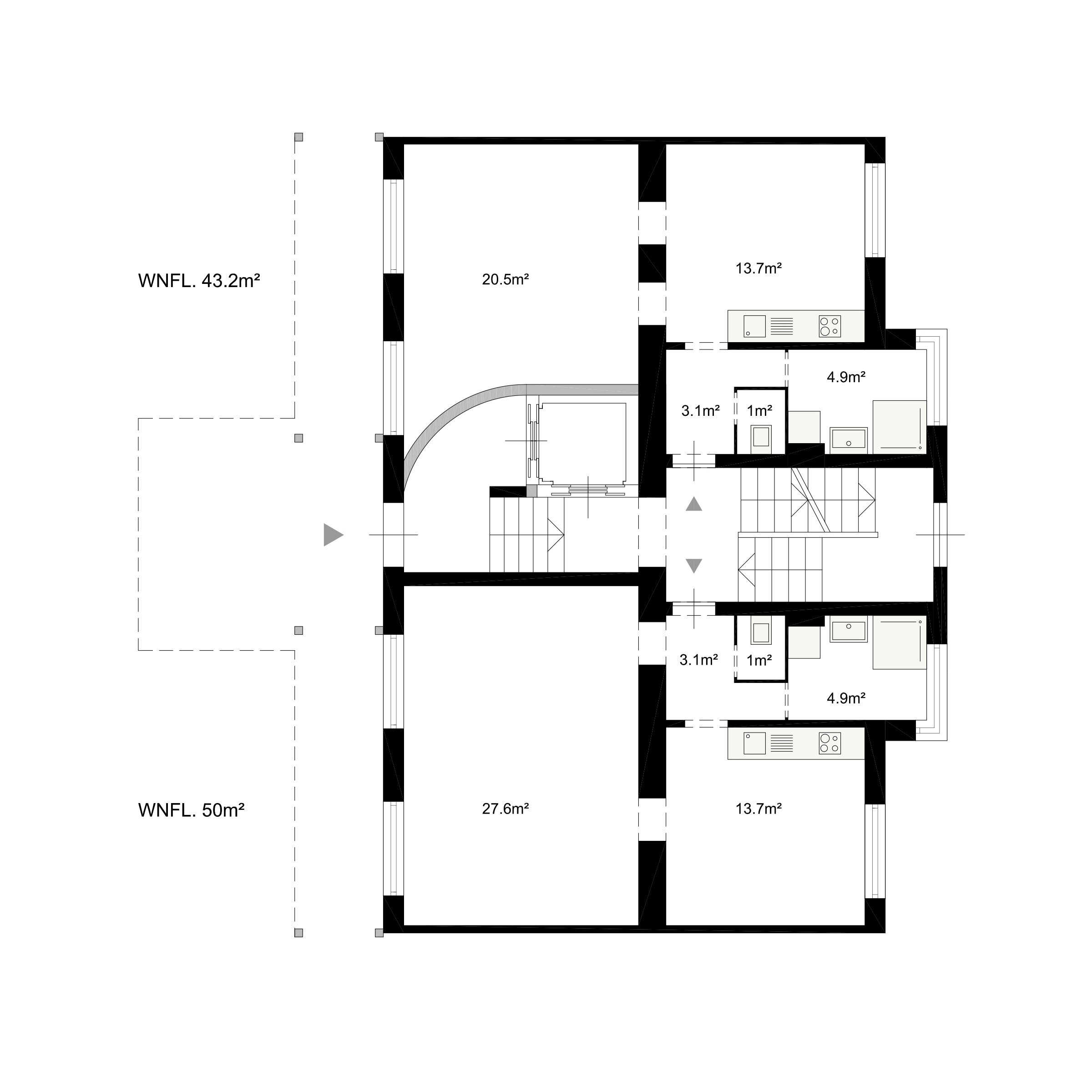 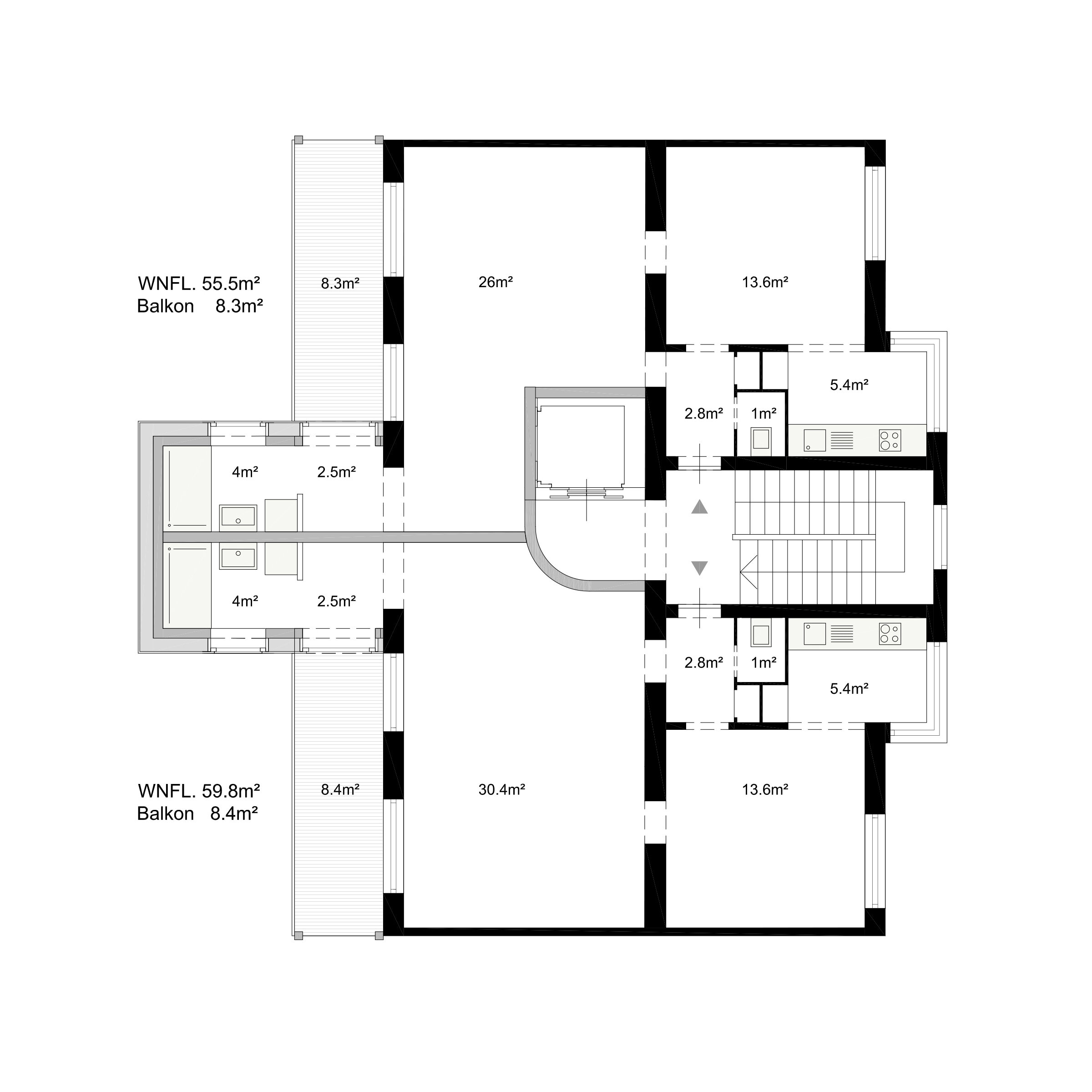 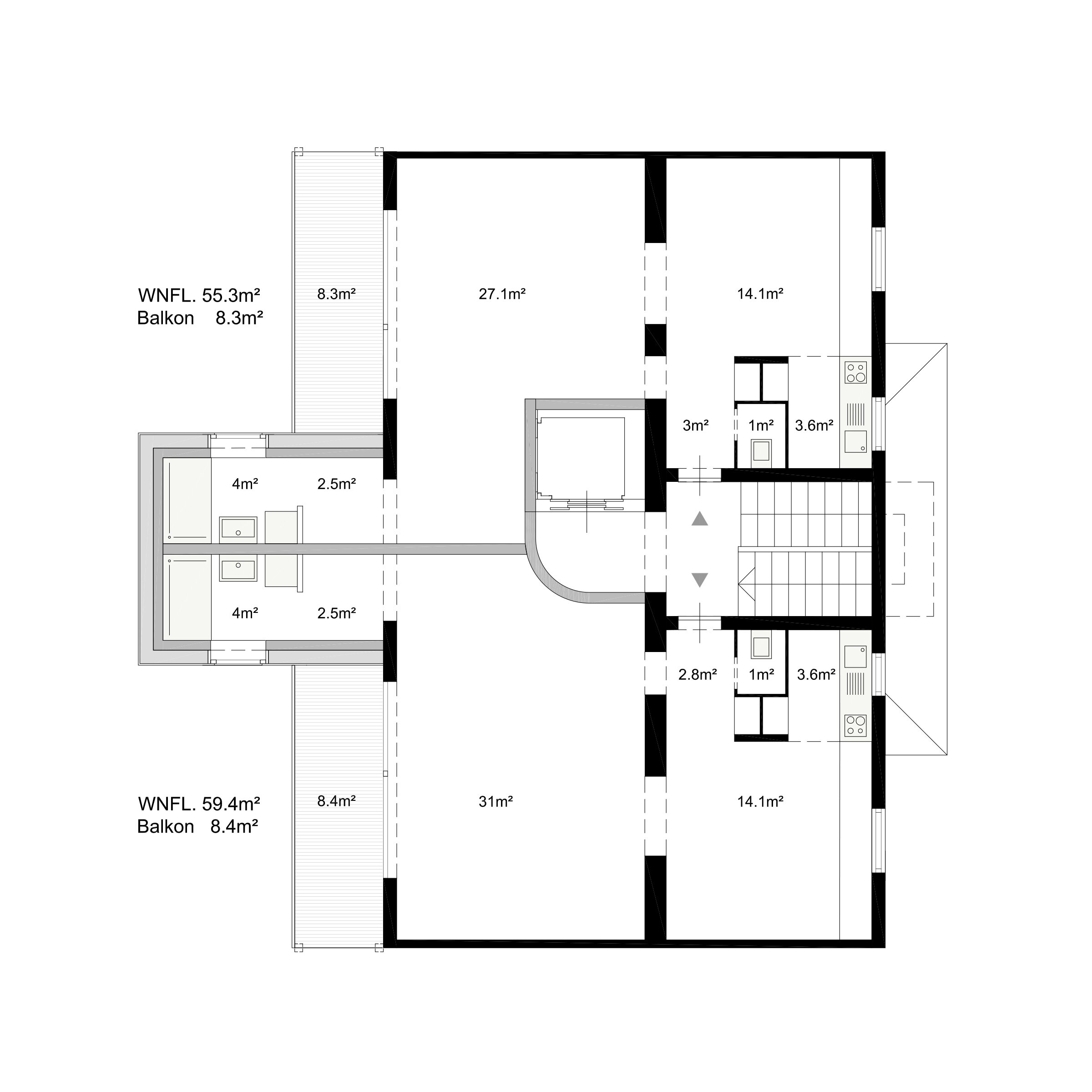 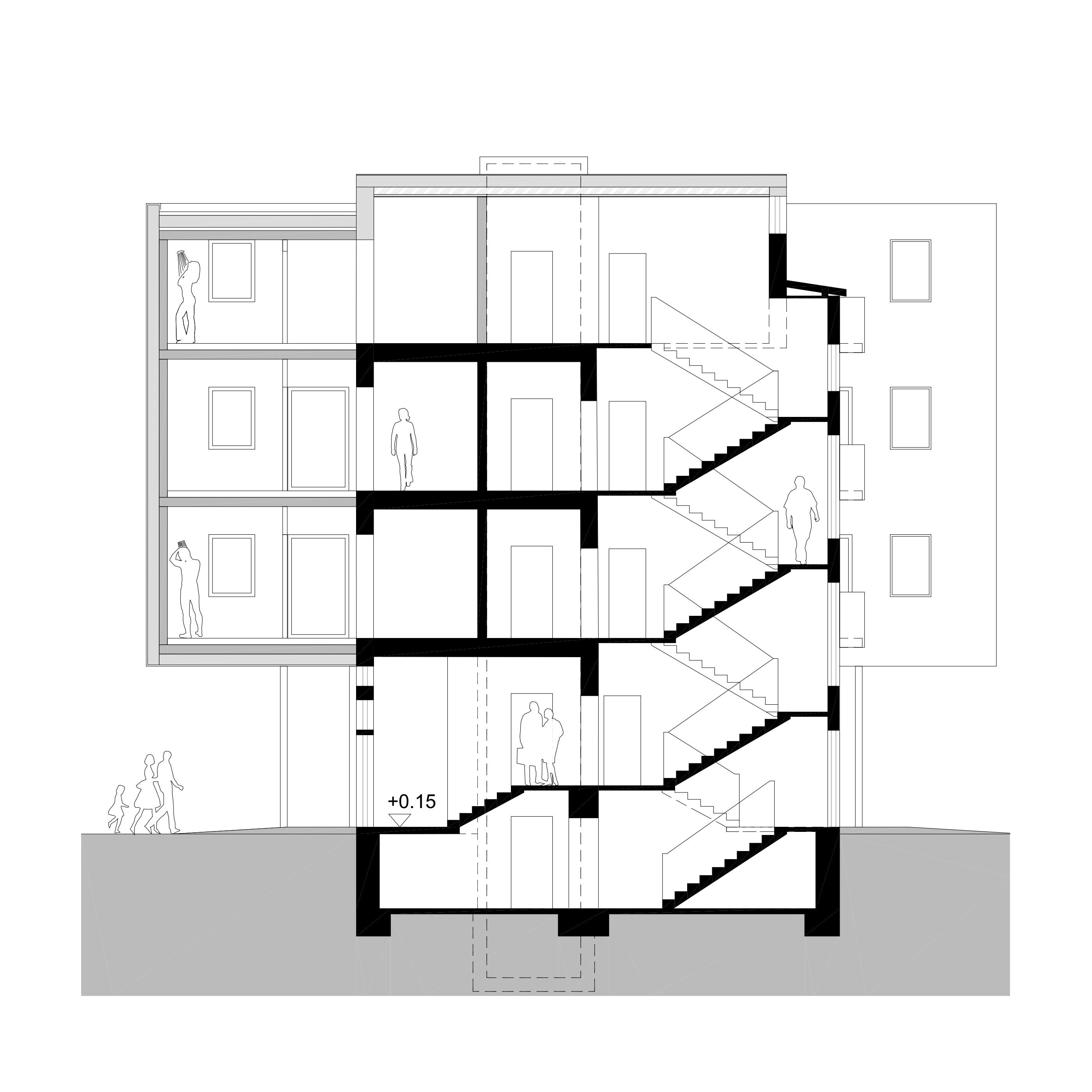 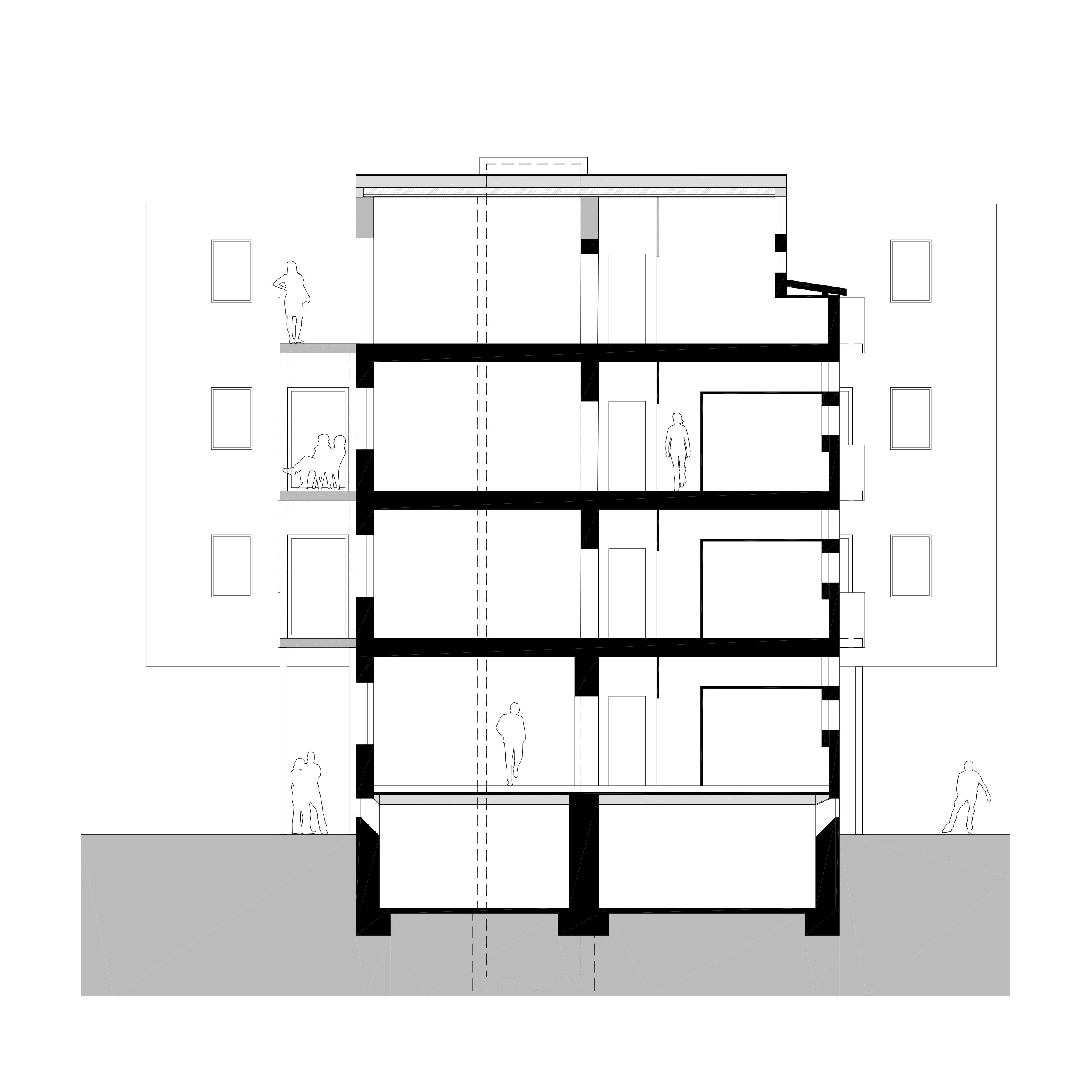 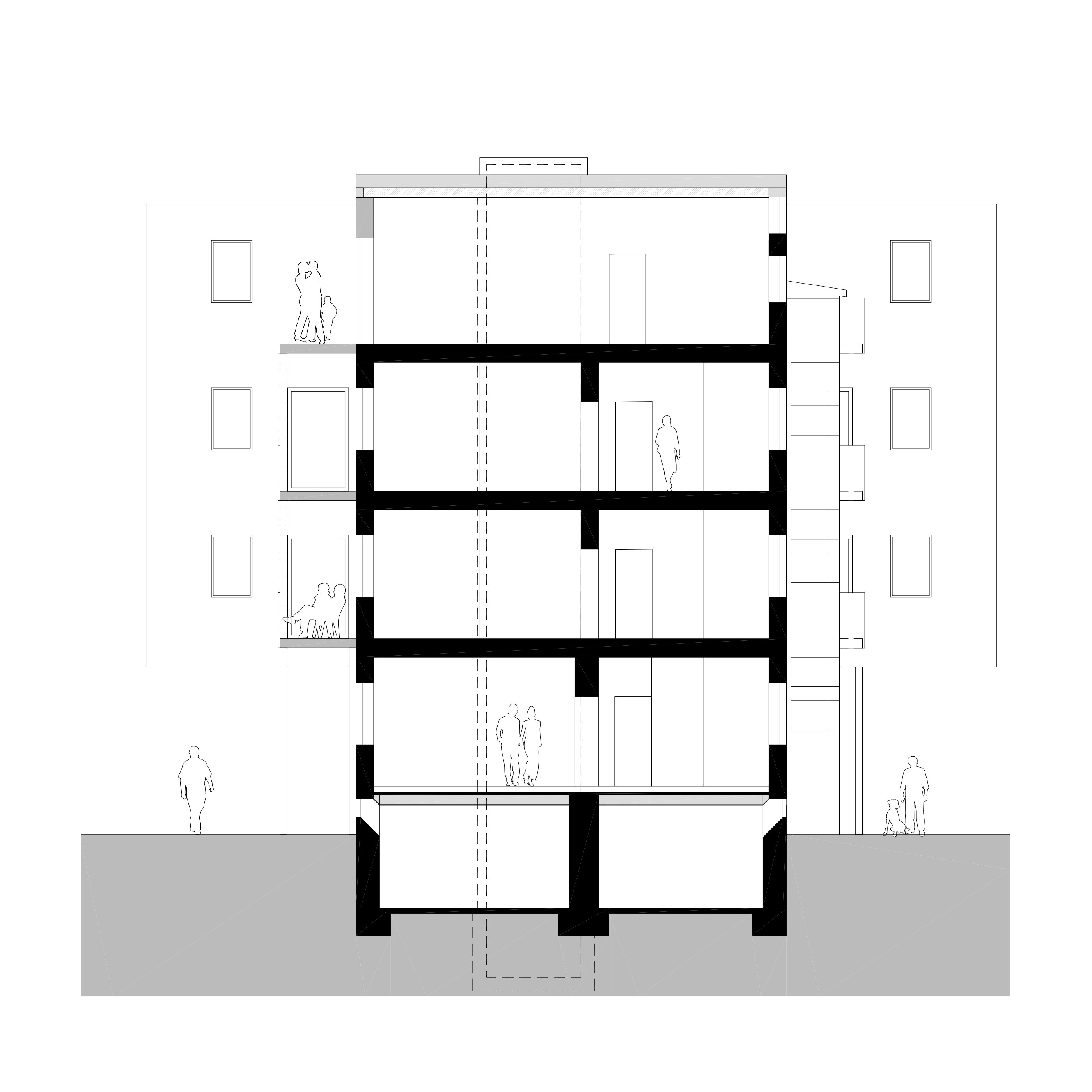 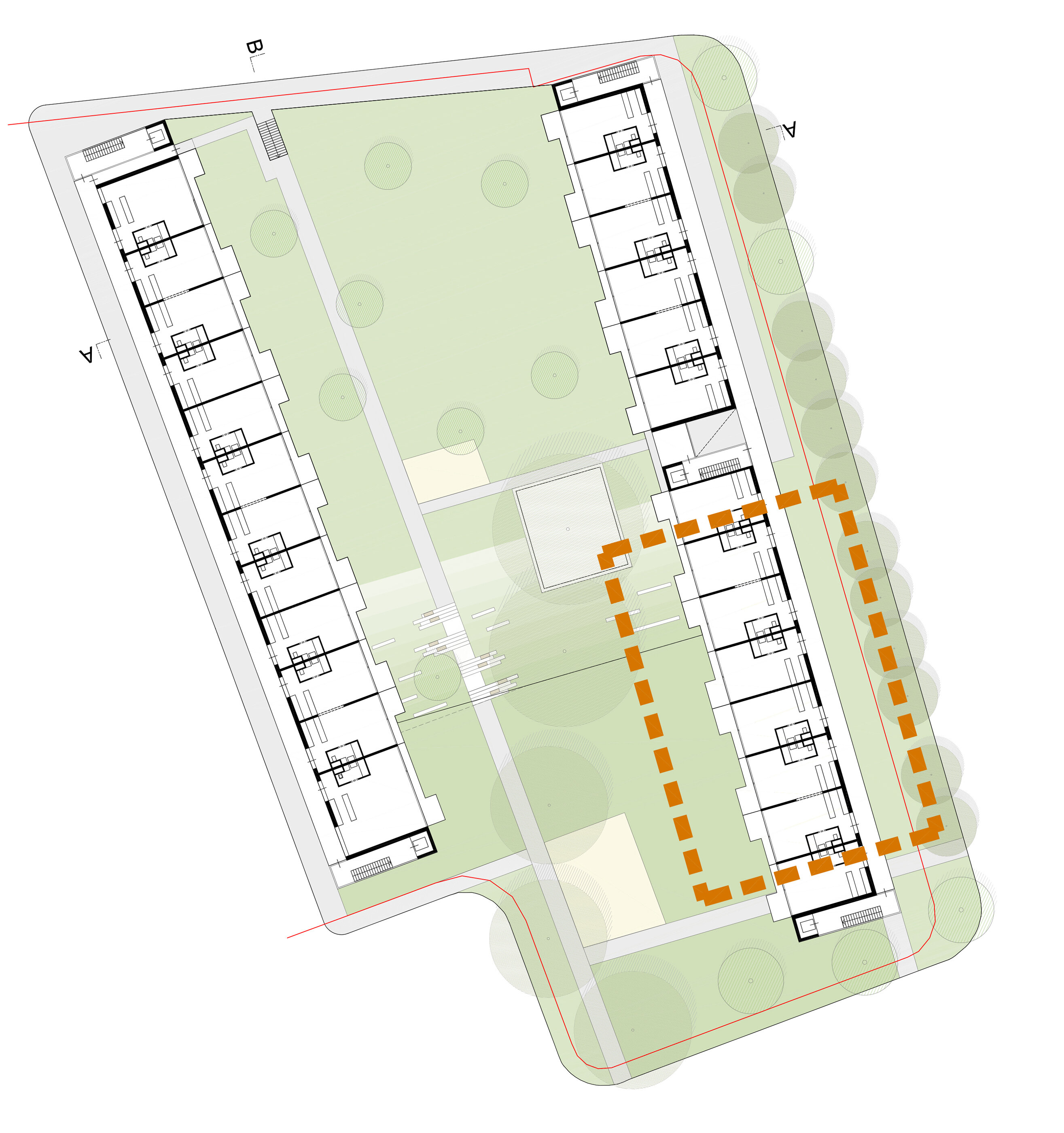 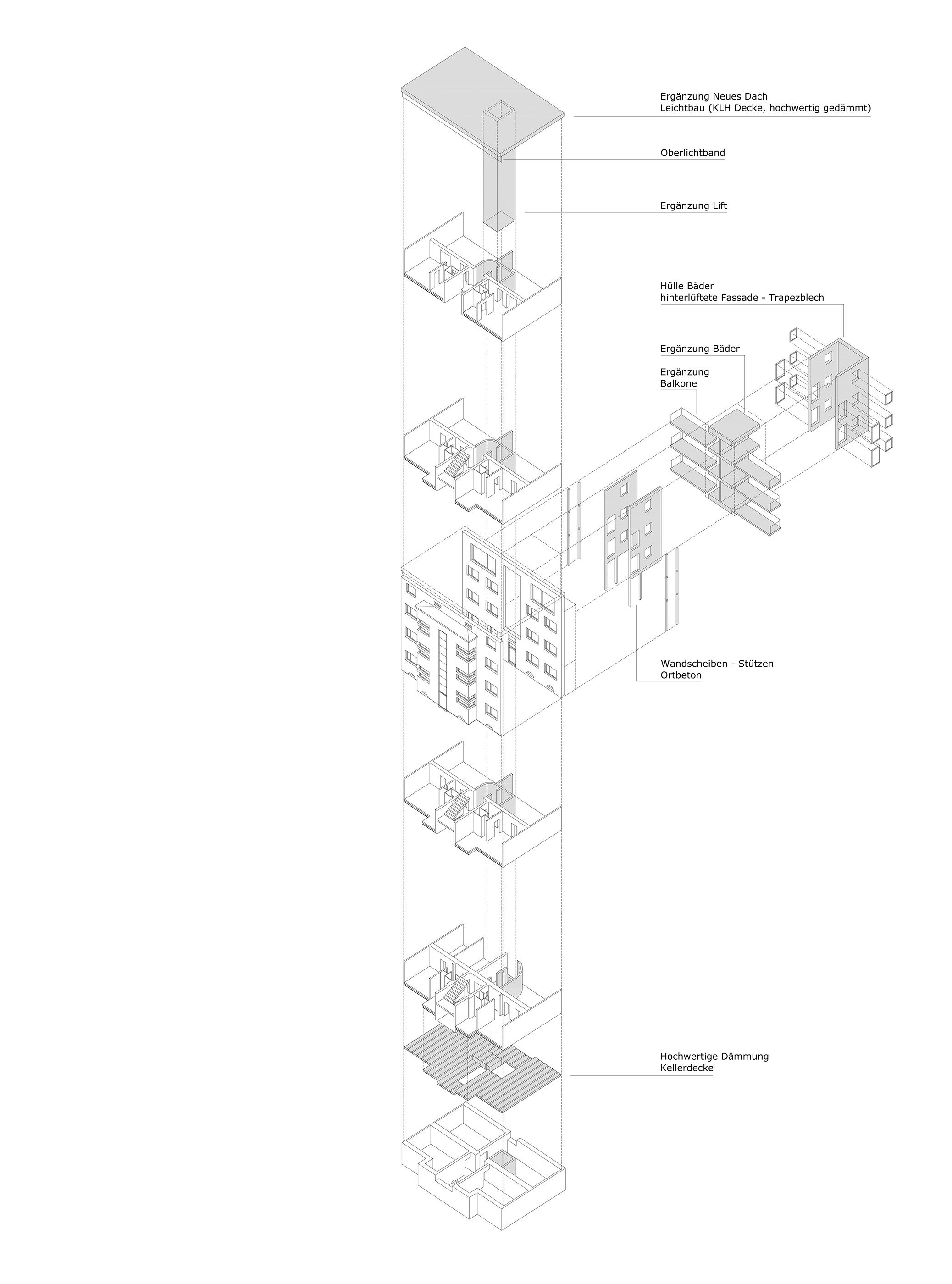 Clearly showing his high estimation of the housing complex in the Franck development, Friedrich Achleitner allocates to it an important place in the development from the historical block perimeter system to functional, modern urban design.
Although design decisions in the site plan are no longer understandable today (but nevertheless  contribute to the memorable quality of the figure), on a visit to the site one is impressed by effective way in which identity is created on the basis of design (using Art déco stylistic elements), and by how the complex is embedded in an important – and today fully developed – silvan setting.

The buildings themselves illustrate a number of fundamental housing qualities which today, especially in Linz, are achieved only in exceptional cases: a clear ceiling height of 2.8 metres; a reduced block depth and therefore many apartments that extend through the depth of the building; floor plans with special spatial qualities, particularly the layout of the kitchens with, above them,  natural ventilation and light for the WC (like in earlier 19th century buildings ); the design of the windows on the long elevations is continued on the short side fronts; staircases accessible from both sides that are entirely on the façade; natural ventilation of basement spaces by elevating the ground floor apartments.

The authors therefore propose improving these valuable buildings by augmenting the existing fabric at specific points in a simple way, wherever this seems necessary (new bathrooms, new lift) and by creating a further residential storey on the existing roof top floor. The two buildings on the eastern edge of the complex differ so greatly from the six buildings in the west in terms of floor plans, openings and the most prominent design elements that the authors do not consider preserving these buildings, which were already banal when first erected, by renovating them. Instead they propose erecting two new blocks  of the same dimensions at the same position so that a two-storey garage can be inserted under the elevated meadow between them in the northern, treeless part of the site on Stieglbauerstraße without destroying the park-like character of the development.

The proposed approach, which preserves and further  develops three-quarters of the complex, clearly relaxes the demands made by building logistics (and with them the disturbance to surrounding housing)  and massively reduces the use of grey energy and therefore the ecological footprint. As a result, the well-functioning neighbourhoods and the generous and valuable inner-city green spaces, which have developed over the course of more than two generations, will be preserved and strengthened.