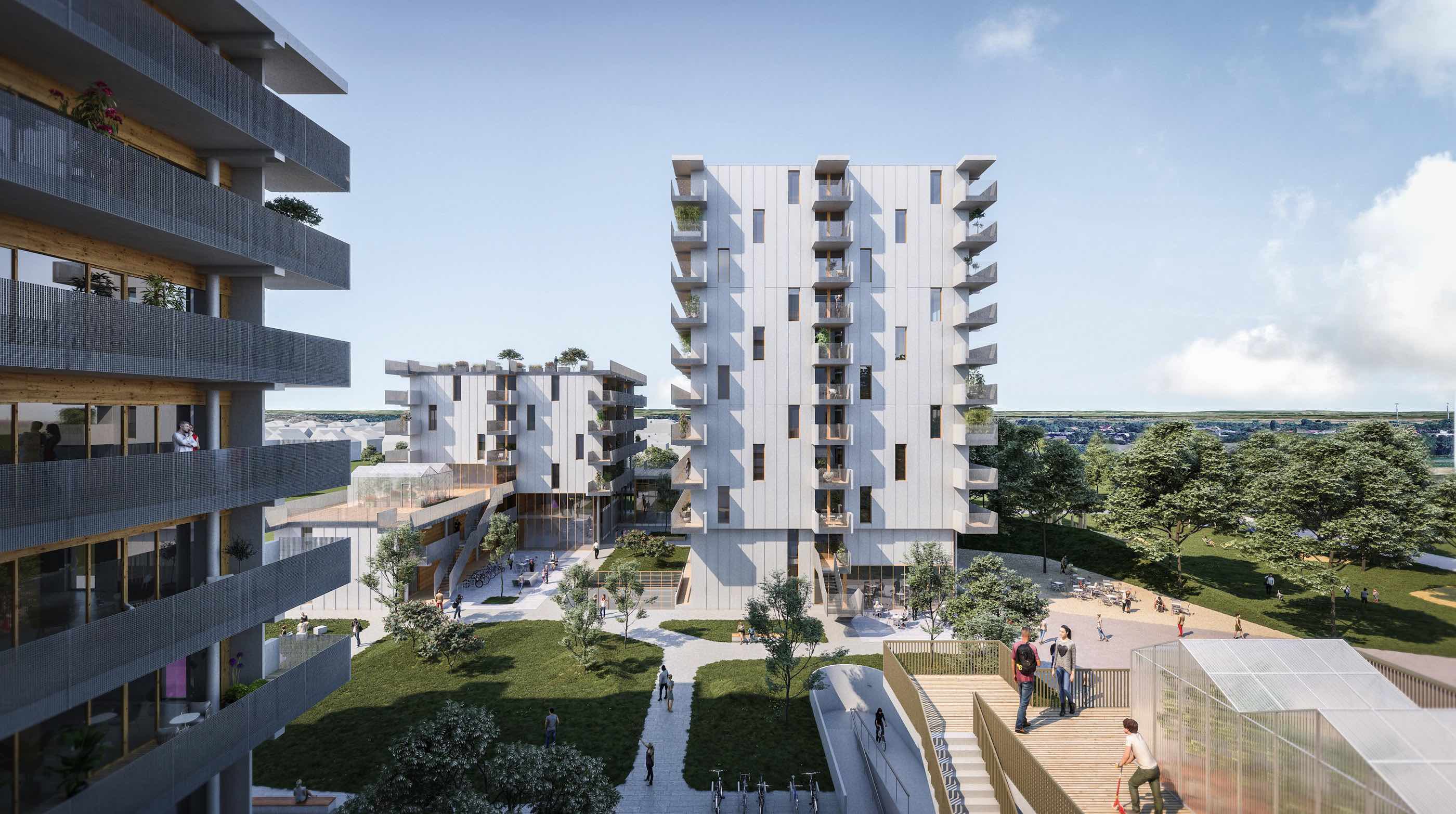 Our intensive involvement with housing over a period of decades has, almost inevitably, led us to examine the “city”.

Clearly, housing is the content and the building mass of the urban body, but equally clearly housing alone does not generate a city. “City is large-scale organisation for an (infinitely) long period, it organises everything that happens outside one’s own four walls, that is public and that can be changed, Housing can be calculated: basic human needs – cooking, eating, washing, sleeping – have never changed and it does not seem that they ever will. Therefore, housing structures can be abstractly and typologically developed out of the demands and the level of technical development of the time in which they are built. The application of such structures can be adapted individually, for instance to suit a specific topography.

As regards the factor “public”“ things are very different. This is the component of the city which has the greatest impact but is the hardest to grasp and which forms particular architectural and spatial characters, shaped by mentalities, which are in turn determined by the daily needs of  the city’s inhabitants. In this way emotional spaces develop that shape the appearance of our cities and it is these emotional spaces that we remember and that define our image of a city: for instance: Paris with the wide boulevards, London with the front gardens, Barcelona with the unique chamfered corners (Eixample) etc.

Cities shrink or grow according to demographic developments and the political situations in the world. The European city, a structure that grew over centuries, can handle these processes and can preserve its identity, irrespective of growth or shrinkage.

Architecture, and with it the city, develops further in response to new challenges. The truly new challenge of the 21st century is the city for a population which, clearly, will live to be older than earlier generations. This is not simply a question of providing complete freedom from barriers but more of a public quality “without thresholds” of the highest architectural quality as a place to stay.

This “elasticity of the urban body” is what distinguishes the city from buildings. A single building as a freestanding element can be defined through its function by the client and can be planned and brought to completion by the architect. But the building as part of the urban structure can never be “finished.” The urban structure must always contain enough “air” for the unpredictable, while at the same time creating the kind of public quality that creates identity. And there should be room for this in newly built cities or districts, too. This “space” cannot be grasped in terms of function or square metres, it seems to us sufficient to create reserves for it under the term “incomplete”. Reserves that can be used not only to later expand the floor area, but also to create spatial qualities that emotionalise.

Formal criteria or defining individual buildings in connection with urban planning are obsolete; the (partly implemented) master plans for (European) urban expansion areas from recent decades demonstrate this inadequacy. Public space as space for participation, as an extension to the living room, recreation space, tourist attraction or whatever, simply as the product and added value of a meaningful urban structure, as an additional, non-commercial offer to its users is what first makes the city a good place to live.