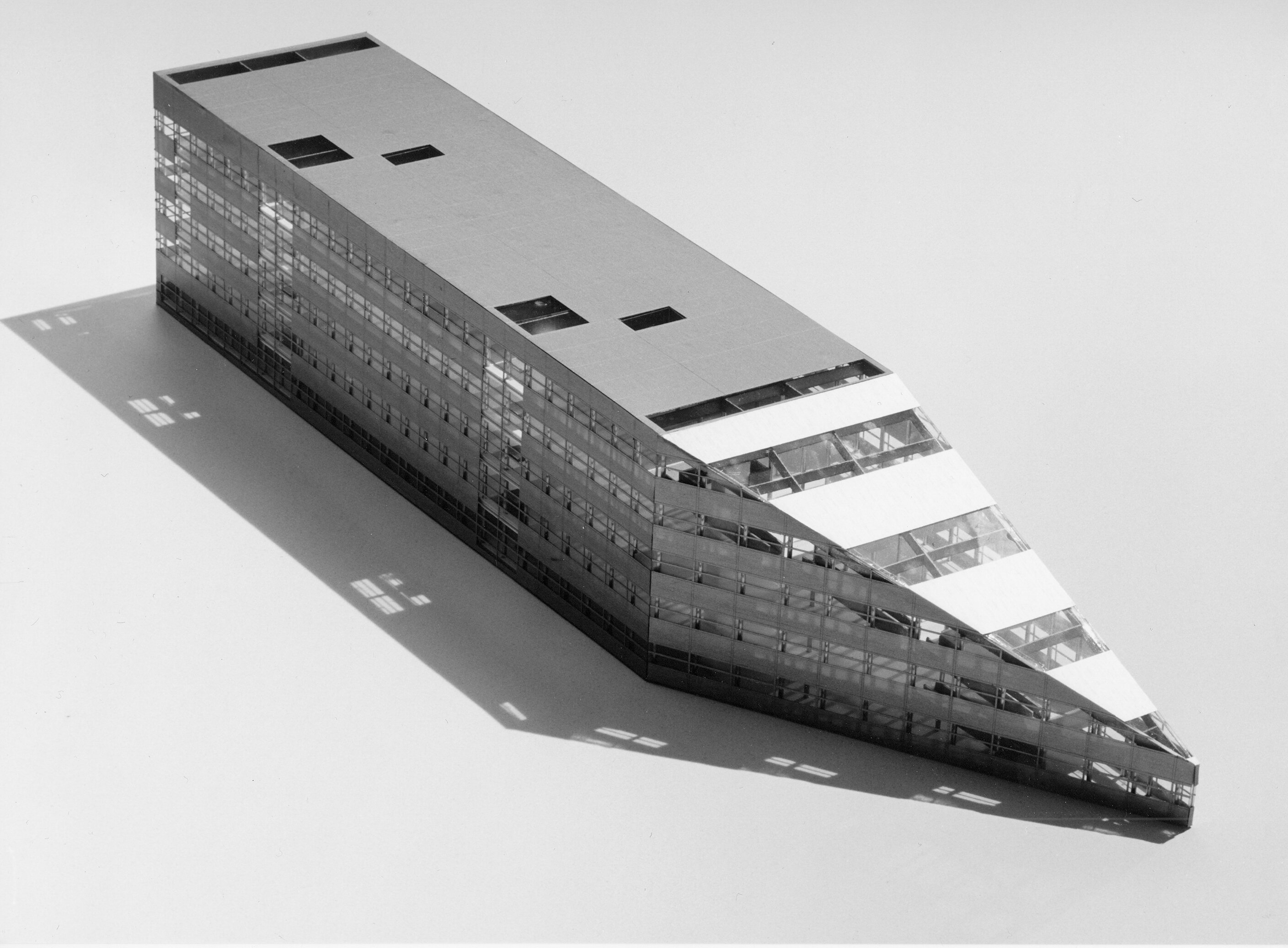 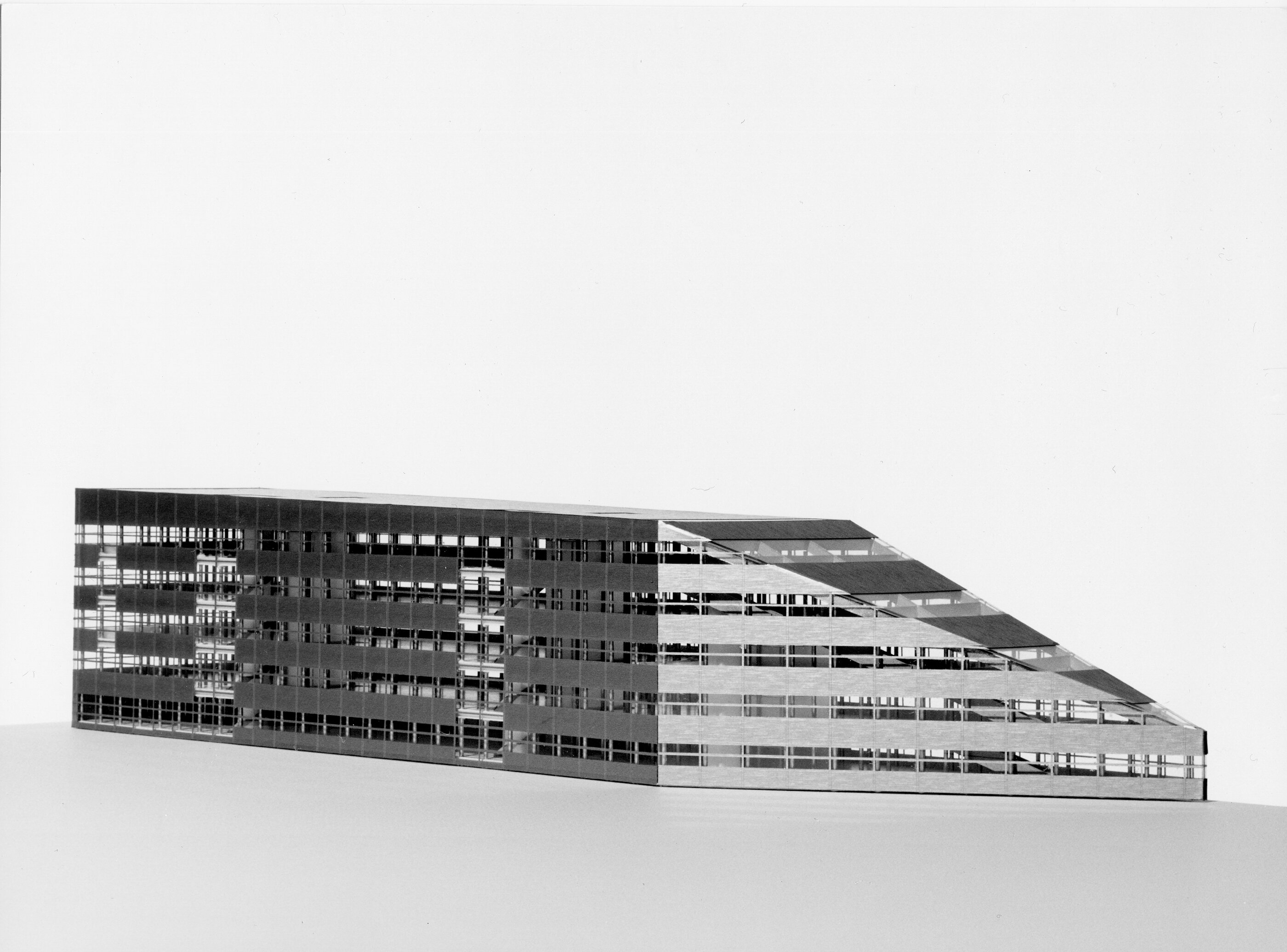 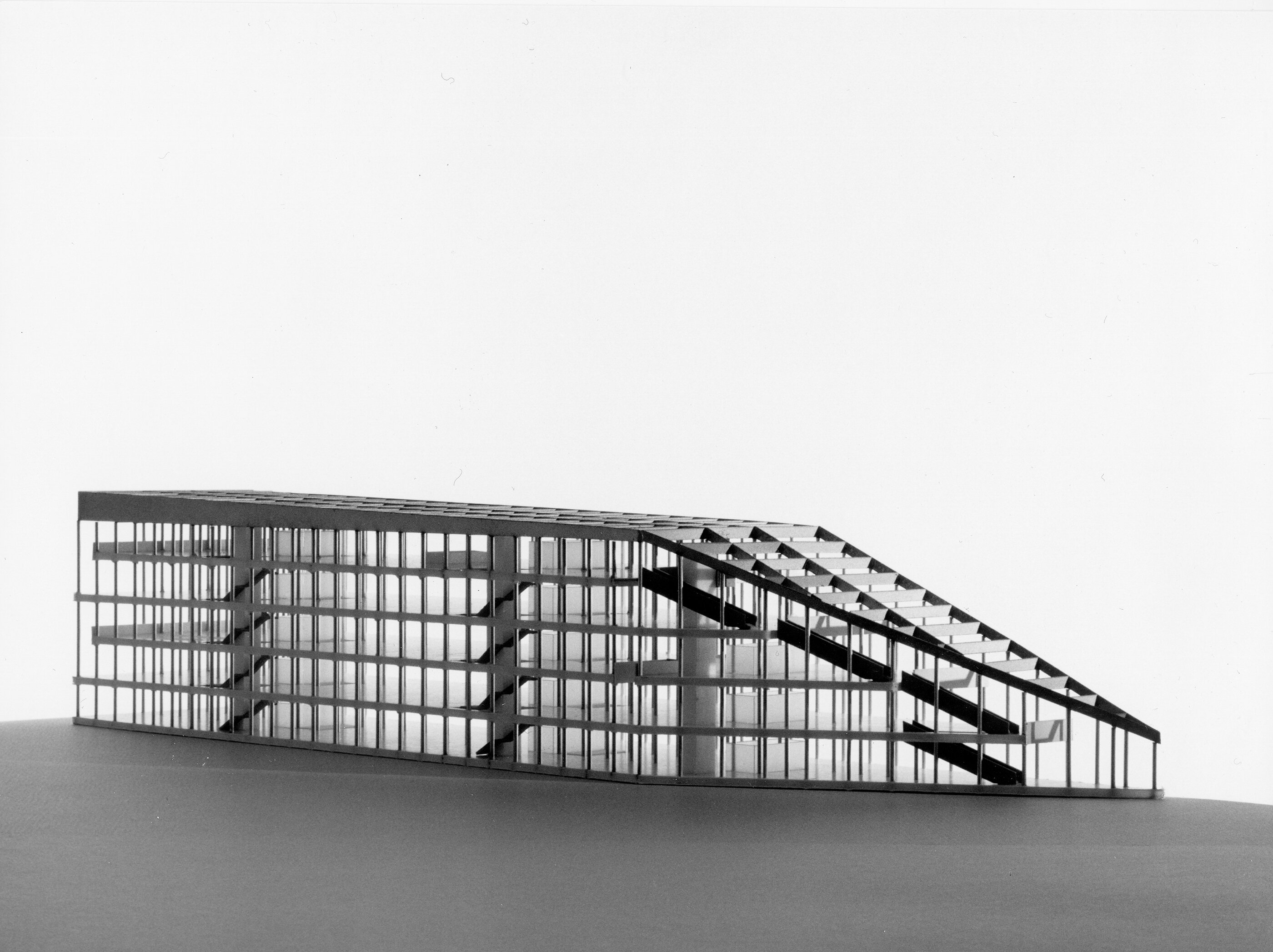 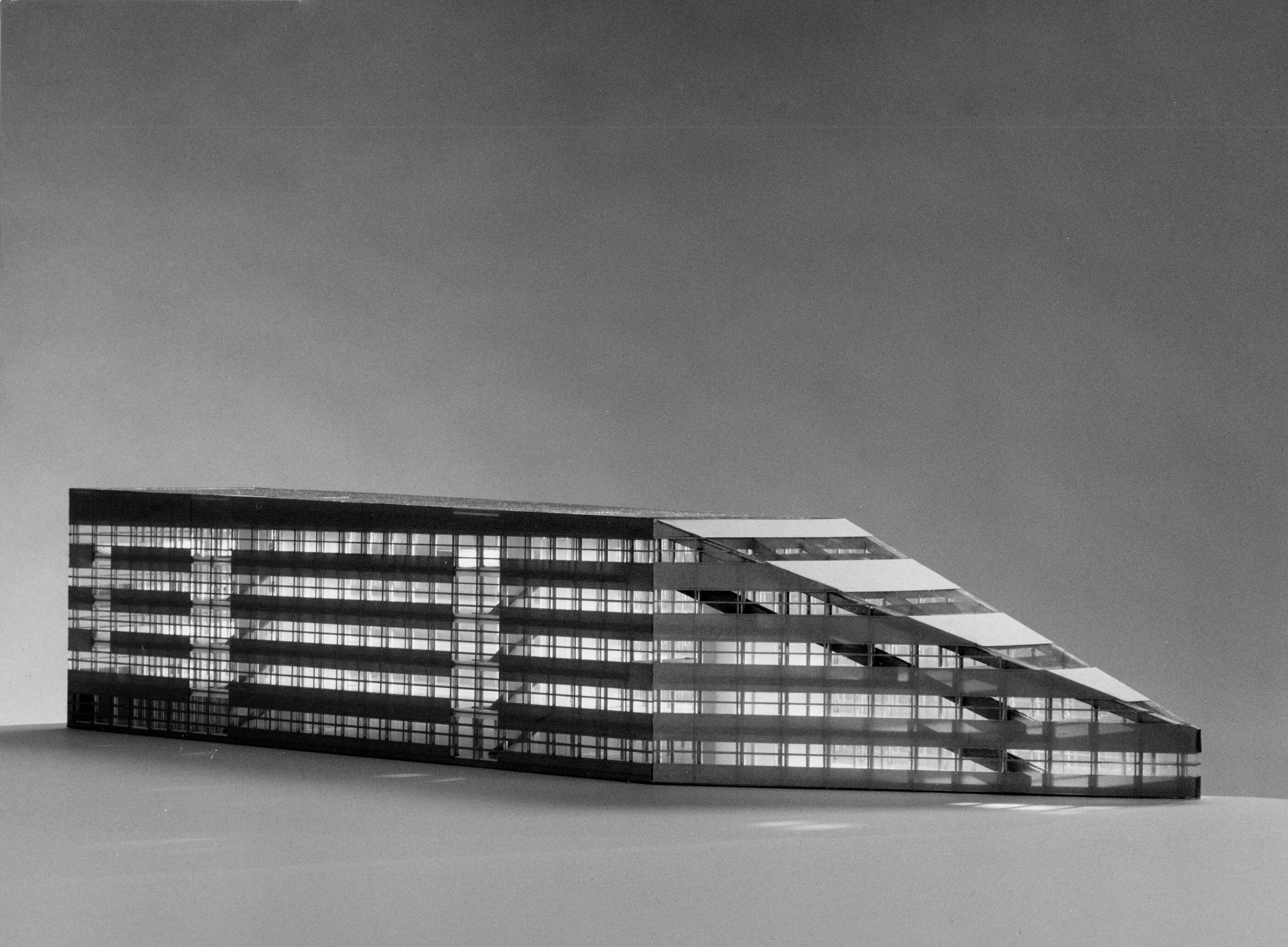 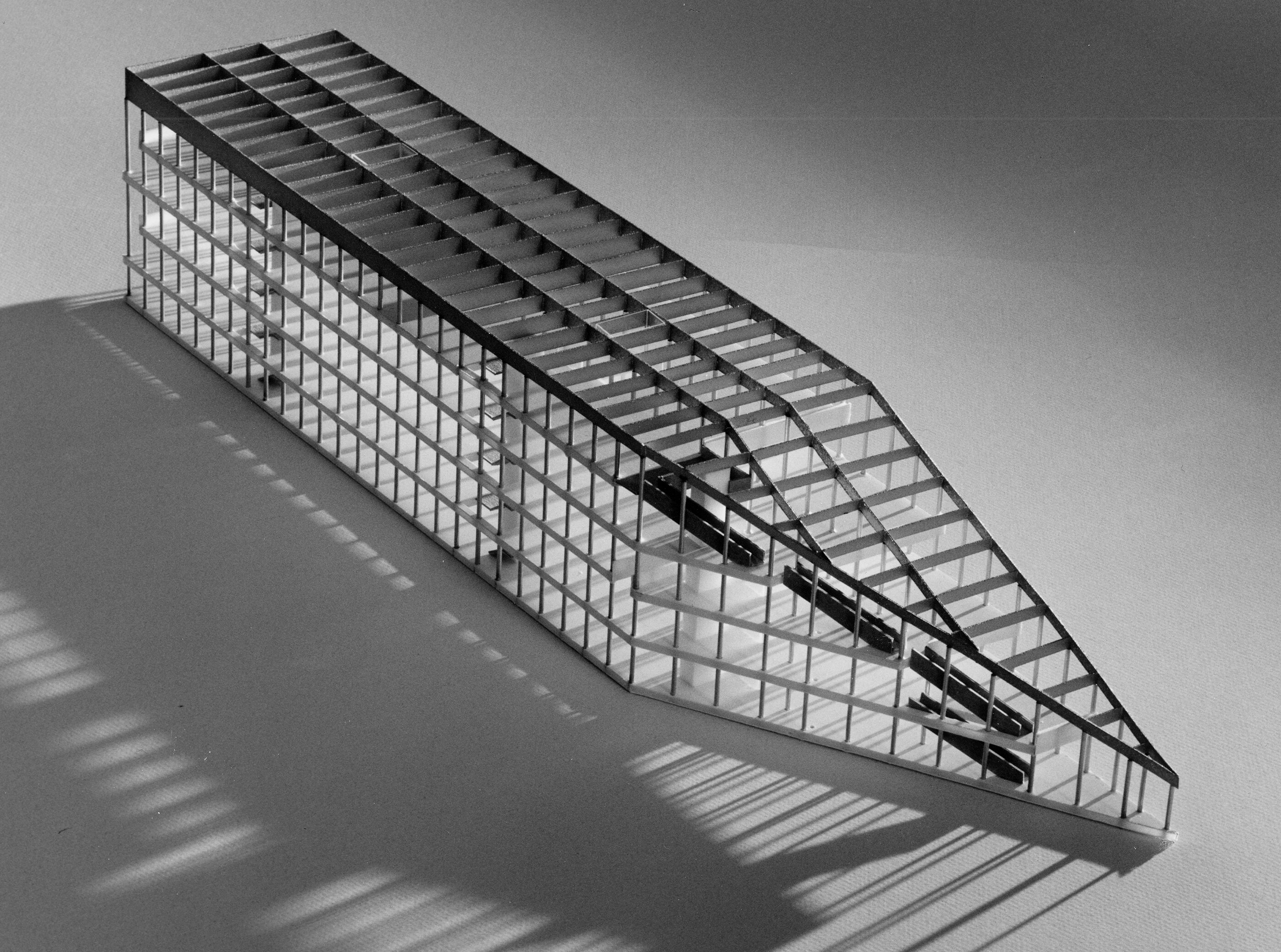 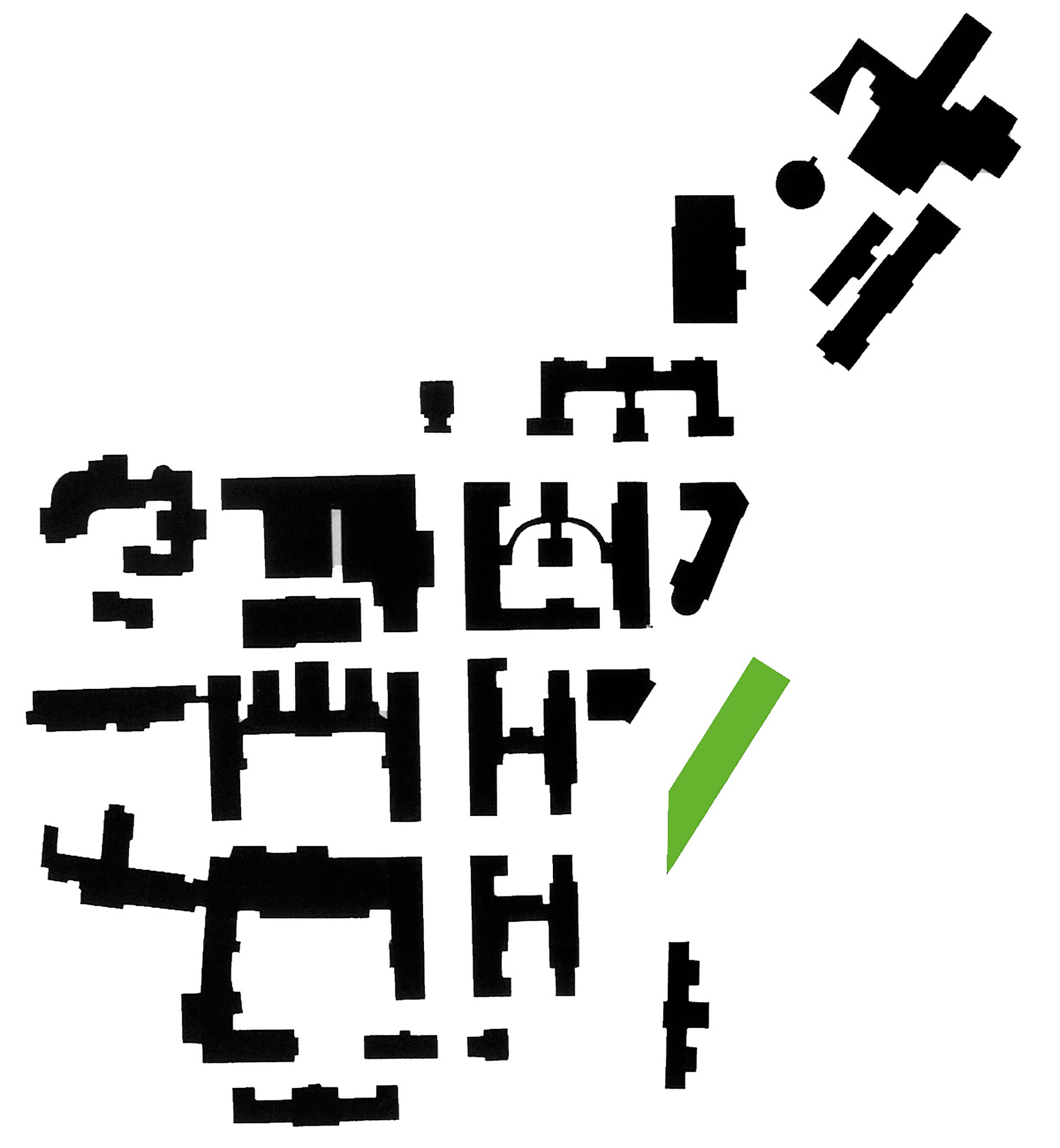 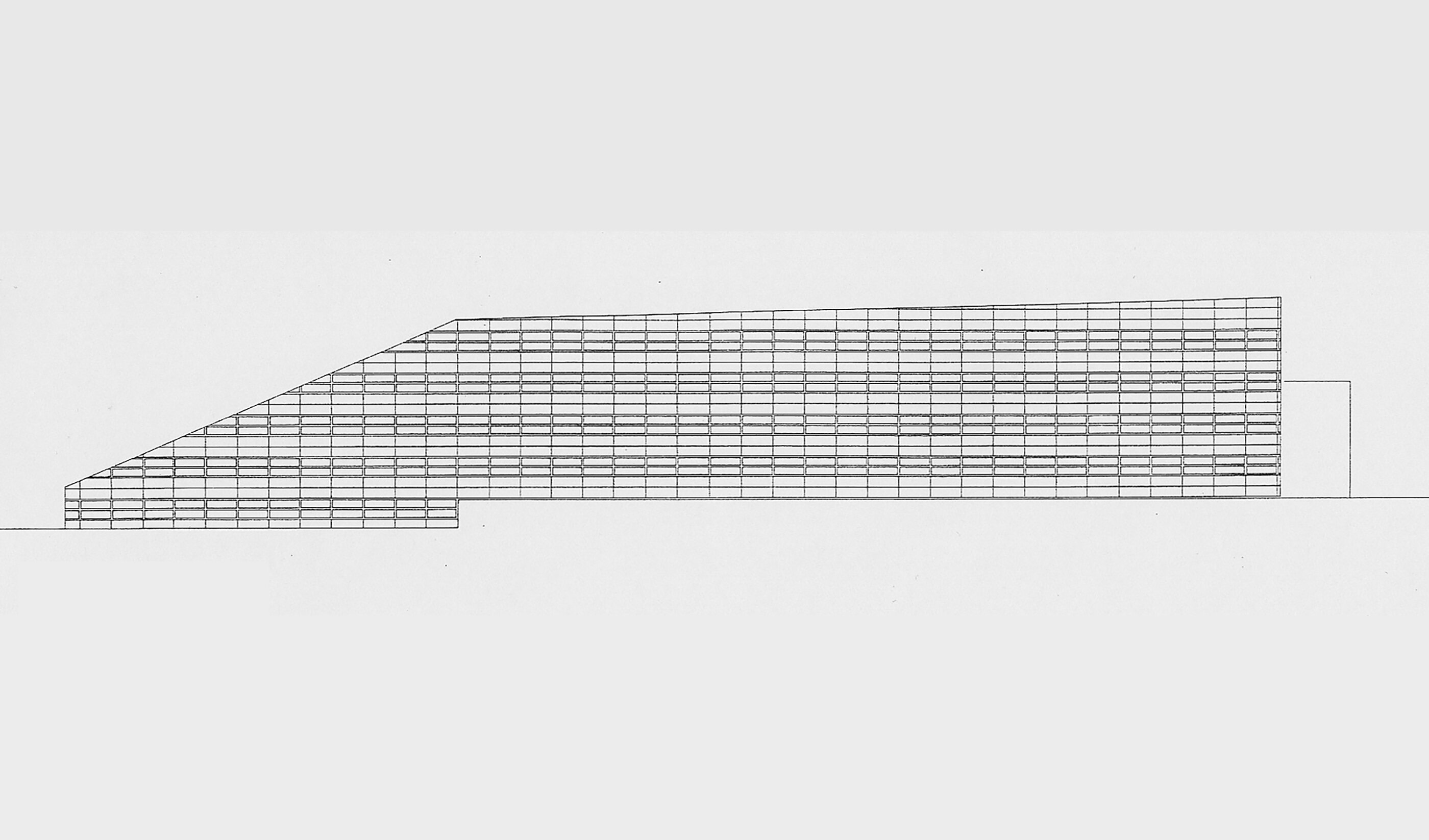 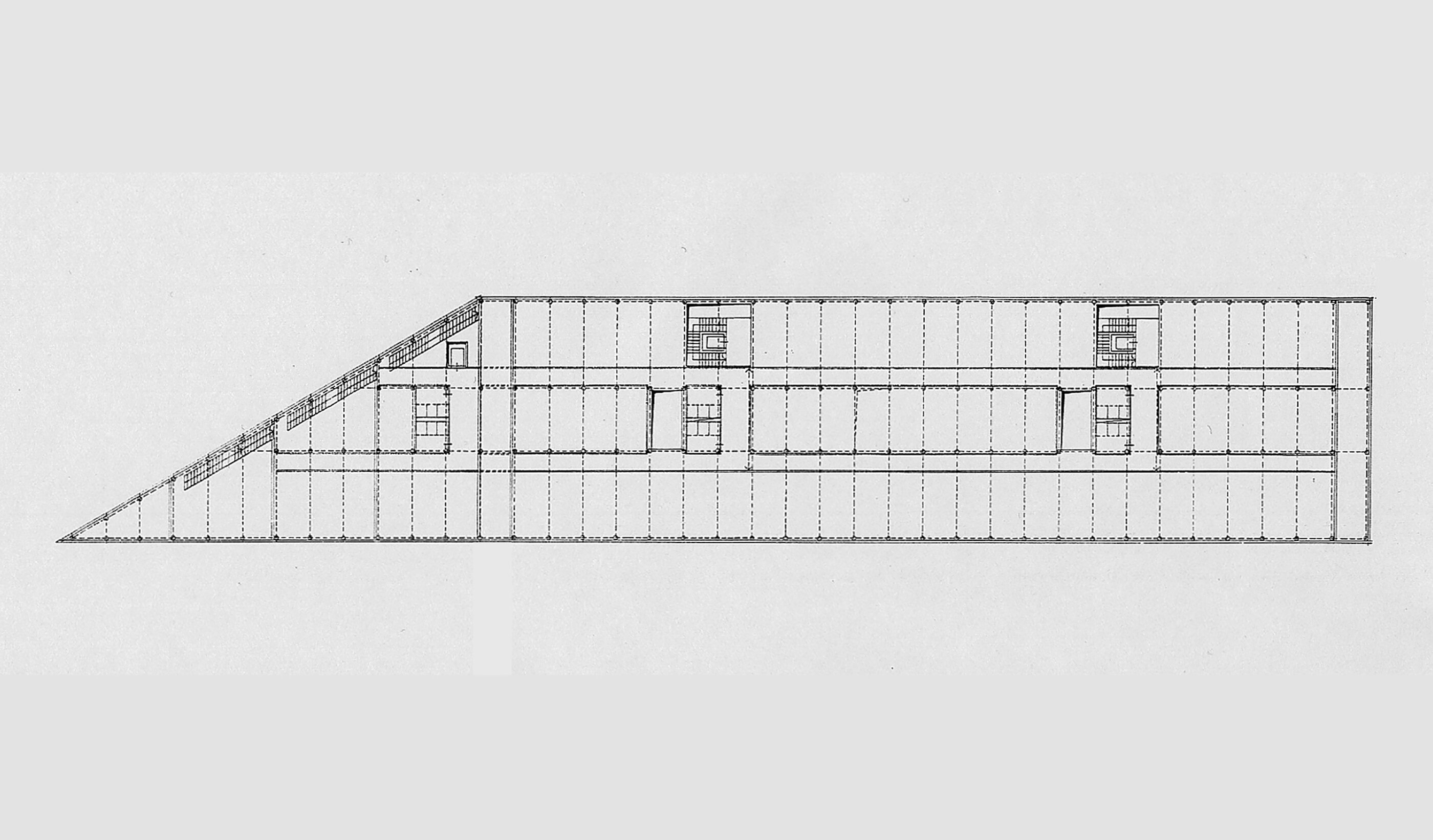 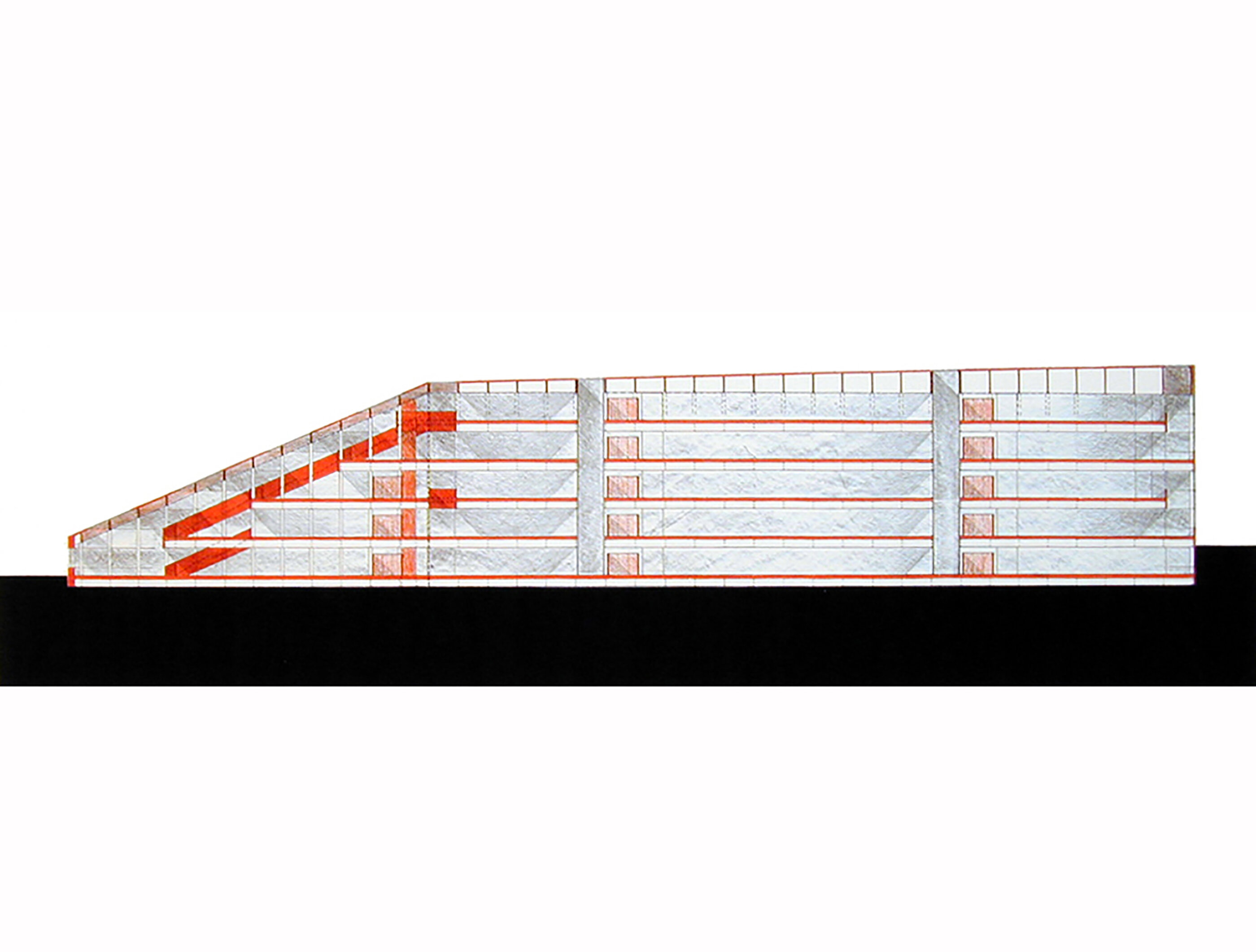 The research and laboratory building along with the library of Graz Medicine University that is attached to it, stands to the east of Stiftingtalstraße, which at that time was on the periphery of the grounds of the Landeskrankenhaus (Regional Hospital). This special setting together with the position on a curve in the road makes it possible to give the structurally simple skeleton frame building with its repetitive facade elements and openings a striking form by employing just a few design means.